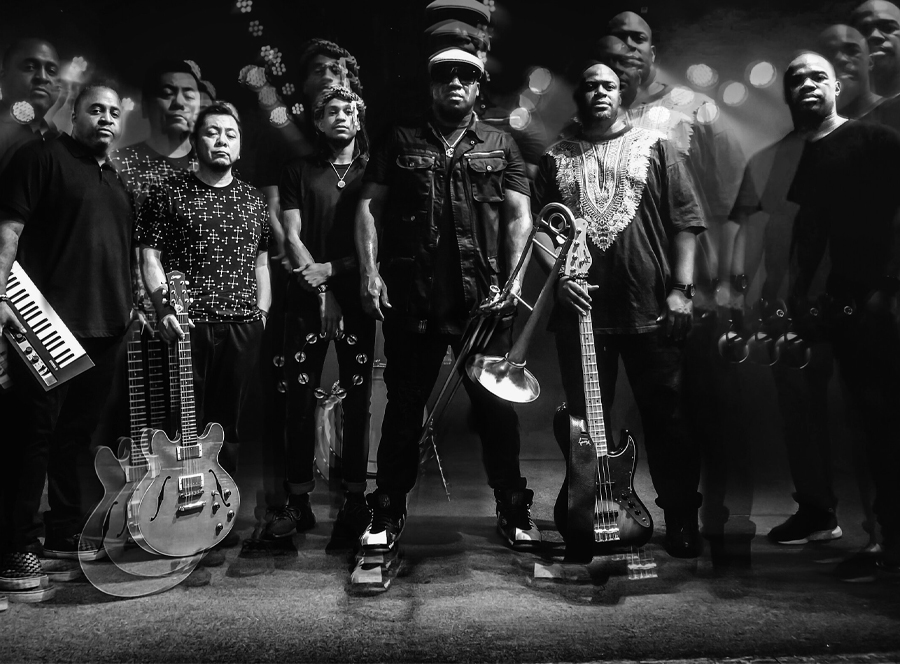 Music makes New Orleans special. And it's everywhere here, especially this fall. Catch your favorite artists and discover new ones at dozens of venues all over town from September 23 - October 9 as part of NOLAxNOLA (NOLA BY NOLA), a citywide celebration of New Orleans music and culture. This year's event is made possible by generous support from the New Orleans Tourism & Cultural Fund.

Known for a boisterous blend of funk, jazz, rock, and hip-hop, nothing short of seismic live “experiences,” and a whole lot of Southern charm, Big Sam’s Funky Nation might very well be The Big Easy’s best kept secret.

No other place could birth such an undeniable, unpredictable, and downright unique collective.

“By playing on these streets, you learn how to work your craft and entertain an audience,” exclaims Sam. “You can go to Julliard and Berklee all you want, but they won’t teach you how to rock a stage. It comes naturally in New Orleans. I’ve been here my whole life and rocking these streets. Even during Hurricane Katrina, I drove nine hours from San Antonio every weekend for two years just to play live. The sound out here is unlike anything else in the world. It’s not just a figure of speech—there’s music going all night, literally.”
Roccadile
Twitter Instagram
Contact Us