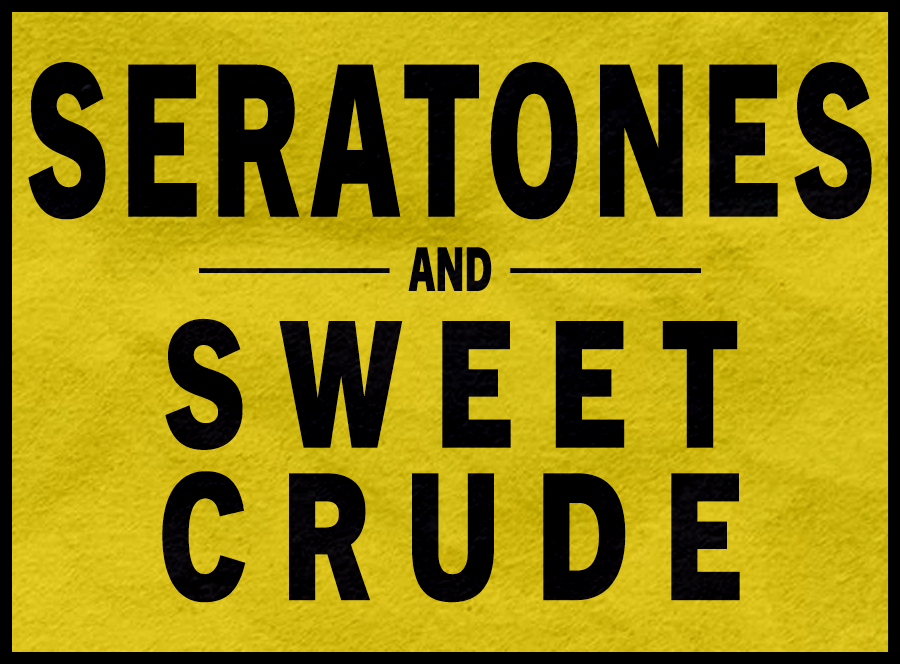 Seratones have partnered with PLUS1 so that $1 from every ticket sold will go to the PLUS1 x Noise For Now Reproductive Health Access Fund supporting access to abortion rights and services for all.
For more information on Noise For Now – and all of the services and opportunities they offer – please visit https://noisefornow.org/
Tickets
$19.00
Seratones
Those words of Black feminist icon and poet warrior Audre Lorde’s resonate strongly with A.J. Haynes. Whether in her capacity as the frontwoman of the Shreveport, Louisiana-based funk-soul-rock group Seratones or as a reproductive rights advocate, Haynes knows well that no singular revolution or simple linear narrative can contain the true strength of revolution—the kind of complex, disruptive, personal revolutions that can open transformative portals to a better future. And on Seratones’ forthcoming third album, Love & Algorhythms (due April 29nd via New West Records), Haynes foregrounds the joyful struggle to find pleasure in a world designed to destroy you. “This is a protest album built on the form of protest I’m most interested in at this moment: getting present and sitting through difficult things with abundant joy,” Haynes says.

Love & Algorhythms emerges from a duality of desire: urging the listener to start repairing their world and being a part of that artful change itself. The celestial burst of lead single “Good Day” signals that arrival, Haynes’ thrilling falsetto lifting to the skies on a neon flutter. “Do you really want to get better?/ Do you really want to get well?” she sings, Travis Stewart’s super ball bass line bouncing through the mix. Written in part as homage to novelist Toni Cade Bambara, the track blends Black gospel vocals and polyrhythms with roots spread throughout the African diaspora to produce an effervescent immediacy.

Working with producer Paul Butler not only helped the band unlock a richer sound, he proved the perfect complement for Haynes’ interest in astrology, divination, and manifestation practices. As the band wrote, Haynes assigned each song on the album a different cosmic element and, along with Butler, the group explored what that astral connection could mean. “‘Good Day’ is Mars, the planet of urgent sex, hence the demanding tone: turn off your phone and get present, turn me on, get out of the cerebral and into your body,” Haynes says. “These drums can also be a warning—that we are willing to fight to protect what is worth saving, to love our community fiercely. When I was tracking vocals for the bridge, I sang so hard that I got a headache!”

That concept of relentless self-nurturing and engagement proved especially crucial. With COVID lockdowns approaching just as Seratones returned home at the end of the tour for their last studio album (2019’s rapturous Power), the group were forced at first to plan and write over Zoom. Combining those sessions with her work as a counselor at one of the last abortion clinics in Louisiana proved especially taxing for Haynes. And while music offered her a joyful escape, she trusts that Love & Algorhythms can do the same for listeners. “I would be close to burnout, but it would help to get home, take a shower, and put on Donna Summer’s ‘I Feel Love’ or Journey in Satchidananda by Alice Coltrane,” she says. “Alice Coltrane and Donna Summer are both divine in their own different ways.”

In the vein of that all-encompassing spirituality, Haynes invites the listener to crack the world in two on album opener and second single “Two of A Kind”, drummer Jesse Gabriel’s scorched disco beat riding through clouds of red dust. “Wish I could see the world through both of your eyes,” she cries out, before the song reaches its ecstatic groove that ripples out through the entirety of the album. Following that track with the appropriately sensual “Pleasure” continues Seratones’ unexpected fusion of disco-indebted vocals and buoyant synth rhythms. Inspired by the writings of Afrofuturist author Octavia Butler, the track’s immaculately layered vocals soar and slide along the slopes of sawlike synths. “In ‘Pleasure’, I wanted to emulate one of Butler’s aliens playing in a Giorgio Moroder Venutian soundscape, a gleaming creature designed for pleasure and multiplicity,” Haynes reveals.

Love & Algorhythms is a powerful step forward in its ability to blend undeniably personal lyrics and an entire universe of conceptual influences into a statement of insistent joy. “I’ve learned from watching my grandmother, my great-grandmother, from reading bell hooks and being immersed in Audre Lorde’s writings,” Haynes says. “There’s a whole lineage within Black feminism of centering pleasure and centering joy as a means to liberation, and I feel very privileged to have my art richly rooted in Black feminism.”

Honoring that strength of tradition gave Seratones a freeing opportunity to let their imaginations unfold, to let the universe expand and explode with each track. After growing from the punk and rock world, folding soul and R&B into their sound, and now exploring the synthesis of electronic music, Love & Algorhythms unfurls in unexpected twists and turns. From the rippling, trippy “Dark Matter” to the fragrant and breezy “High”, the record seeps into the heart, mind, and limbs in equal measure.

Seratones urge you to move joyfully in the moment, and parsing that movement through astrology, Black feminism, and Afrofuturism proved redemptive for Haynes. “The really valuable part of the creative process is being present in challenging times, being able to tap into something that people need to hear versus something that is just for the sake of it,” she says. “There’s this American ideal of the pursuit of happiness, but I don’t want to chase happiness. I want bliss and wholeness. This world we’ve created, that we were able to discover through working through ourselves—I want to sit in this world longer.”
Sweet Crude

"When most think of New Orleans, what usually comes to mind immediately are wild Mardi Gras

rising indie pop six-piece Sweet Crude know there’s so much more to be found and appreciated:

a richness in culture and history, which they’ve deftly woven into the foundation of their work."

Over the past few years, Sweet Crude has managed to take the music and language of Louisiana

and produce a completely fresh music that thrusts century-old traditions into the present. The

band, exuberantly bellowed harmonies, and lyrics that jump from English to Louisiana French in

a single verse. Boasting surnames like Marceaux and Chachere, Sweet Crude seeks to reconnect with their lineage in a way that draws on their own modern influences, while nodding to the music and language of their ancestors.

The members of Sweet Crude all hail from South Louisiana, a region which still holds onto its unique culture and way of life stronger than anywhere else in the United States. That said, many of those elements are fading with time as American culture gradually becomes more homogenized. This trend can be seen most directly in the gradual fade of the Louisiana French language. The members of Sweet Crude grew up with grandparents and great grandparents that

spoke the region’s native dialect as their first language, yet with each successive generation, that language gets lost to time. Instead of singing the language in its usual music genres, zydeco and cajun, Sweet Crude draws on their own influences coming mainly from New Orleans music, pop, and indie rock to produce a sound that is accessible to today’s generation. They are taking the language out the museum, weaving it in with English, and giving it fresh legs and

relevancy for years to come.

Sweet Crude released their debut LP Créatures in April of 2017 on Rhyme and Reason Records and followed the release with performances at major US festivals such as Bonnaroo, New Orleans Jazz and Heritage Festival, and High Sierra. In addition to headlining their own US tour in April and May of 2017, they hit the road with their dear friends, Tank and the Bangas, on a sold-out nationwide club tour that lasted through the summer and fall. The band also won the Big Easy Award for “Best Rock Band” in New Orleans in 2017. The other two nominees were The Revivalists and Mutemath. In 2018, Sweet Crude is scheduled to record their major label debut album (to be announced in Spring 2018), tour Europe, and return to the US festival circuit.