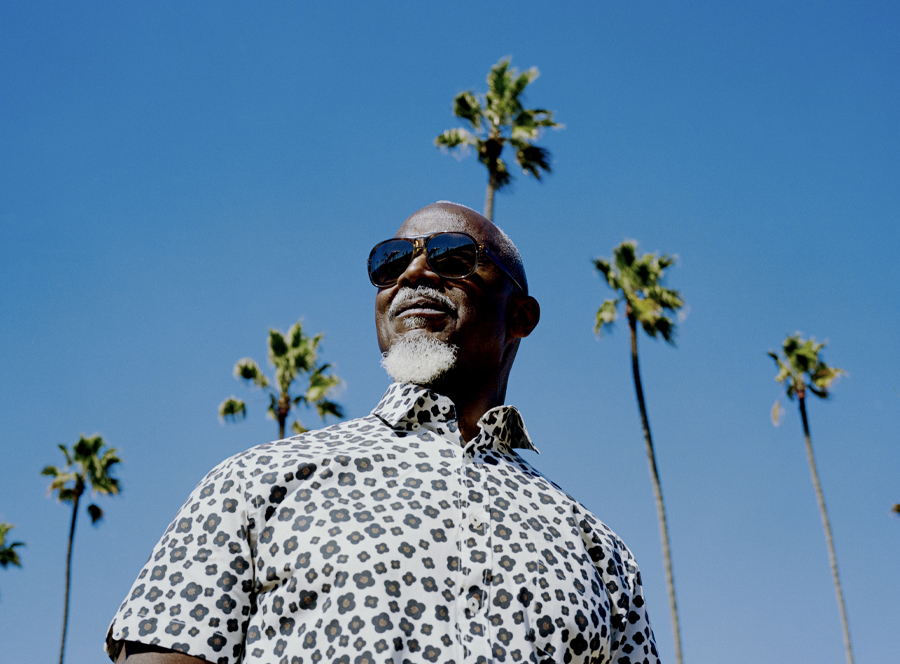 In 2023, Karl Denson’s Tiny Universe celebrate their 25th anniversary as a band.

KDTU has electrified audiences around the world from the fields of Naeba in Japan at the infamous Fuji Rock Festival to the hallowed stage of Madison Square Garden where they previously joined the Dave Matthews Band and The Godfather of Soul, James Brown.  From performing as Sexual Chocolate (Karl was in the original band in the movie Coming To America and its sequel) at the Outside Lands Music festival in San Francisco, to being the first late night act at the inaugural Bonnaroo festival, KDTU have been a dominating force in music for the past 25 years.

Touring the country with the Allman Brothers, My Morning Jacket, D'Angelo, The Roots, Public Enemy, Bob Weir of The Grateful Dead, Parliament Funkadelic, Slightly Stoopid, Widespread Panic, very few concert goers have been untouched by the Tiny Universe live.  In addition to KDTU, Karl Denson aka “Diesel” is a founding member of the seminal groove act The Greyboy Allstars.

Karl Denson's Tiny Universe
Singer and saxophonist Karl Denson fronts his band the Tiny Universe as if he’s preaching the gospel. Merging funk, soul, rock, jazz, blues and more, his energy and spirit are contagious, while his songwriting serves a larger message of fellowship—across generations, genders, religions and cultures. Not surprisingly then, he’s none too pleased with the current state of political discourse. Thus the reason why KDTU’s new album, Gnomes & Badgers (out 3/8 on Seven Spheres Records), is Denson’s hard-grooving answer to these tragically divisive times.

“As a writer and a human being, I’m affected by what goes on around me,” Denson says. “I’ve always been interested in politics, and what I’m seeing now just disturbs me. I saw this idea of Gnomes & Badgers—which are the different people in the world, the different parties on the left and the right—as a great way to frame the political debate and the debate about listening to each other. Somebody needs to say something, and hopefully I can say it in a way that will make people reconsider how they think about things.”

That theme of compassionate exchange is showcased especially well on choice cuts like “Time to Pray” and “Change My Way,” the latter co-crafted by Denson and his “writing mentor” Anders Osborne. But through the music’s blues essence, an idea of empathy traverses the album in full. “There’s some heartache in there that is hopefully concealed well enough to make people happy while still feeling it,” Denson explains. “To me this is really a blues record. It’s a blues about love; it’s a blues about life. It’s about people’s relationships.”

To aid him in his mission, Denson tapped some of his legendary friends, including The Rolling Stones’ keyboardist and Allman Brothers Band alum Chuck Leavell, guitar-slinging singer-songwriter Lukas Nelson, New Orleans guitar hero Anders Osborne, Austin producer and guitarist Adrian Quesada and NOLA R&B royal Ivan Neville. There’s no doubt Denson is also drawing influence and inspiration from his other main gigs, as a touring member of The Rolling Stones and the linchpin of the beloved jazz-funk unit the Greyboy Allstars.

Collectively the process of creating Gnomes & Badgers led to the current itineration of the Tiny Universe. After recording in various studios over a two-year period, Denson couldn’t find the cohesion he was after and ending up scrapping his work, save for three tracks. “So we went back to the drawing board,” he says, “and in the process I kind of dialed my band in.”

The resulting lineup is nothing less than a juggernaut. In the rhythm section, the Tiny Universe features Greyboy bassist Chris Stillwell and former Greyboy drummer Zak Najor, as well as keyboardists David Veith and Kenneth Crouch, Denson’s pal from his years in Lenny Kravitz’s band. Alongside Denson on the frontline is trumpeter Chris Littlefield, and providing the lineup’s secret weapon of sorts is the twin-guitar attack of D.J. Williams, a tremendous funk player in both tone and technique, and the Arkansas-born slide and lap-steel virtuoso Seth Freeman. With those two contrasting yet brilliantly complementary pickers in tow, Denson feels like he’s cracked the Tiny Universe’s code. “Now I can write funk and have a rock-n-roll edge,” he says. “It’s the perfect blend of elements.”

In designing the signature meld of grit and groove that defines Gnomes & Badgers, Denson had plenty of role models to check out. With his own demos scattered into the mix, he listened to a playlist of essential rock-tinged funk and psychedelic soul throughout his writing sessions. Indeed, it’s hard not to hear Funkadelic in the opening roar of “Can We Trade,” or Rufus featuring Chaka Khan in the late-night soul of “Just Remember,” or Tower of Power in the horn-driven, power-funk of “Time to Pray,” or Betty Davis in the rough-and-tough funk-rock of “Change My Way.”

In the end these hip, historically savvy tunes are just a delivery system for Denson’s philosophy of understanding. “I was very outspoken early on, but I’ve also really tried to [express my views] in a loving way and tried to be a good listener,” he says. “I’m still trying to connect with my audience and people around me, in terms of trying to keep all of us responsible for what we say and do.”